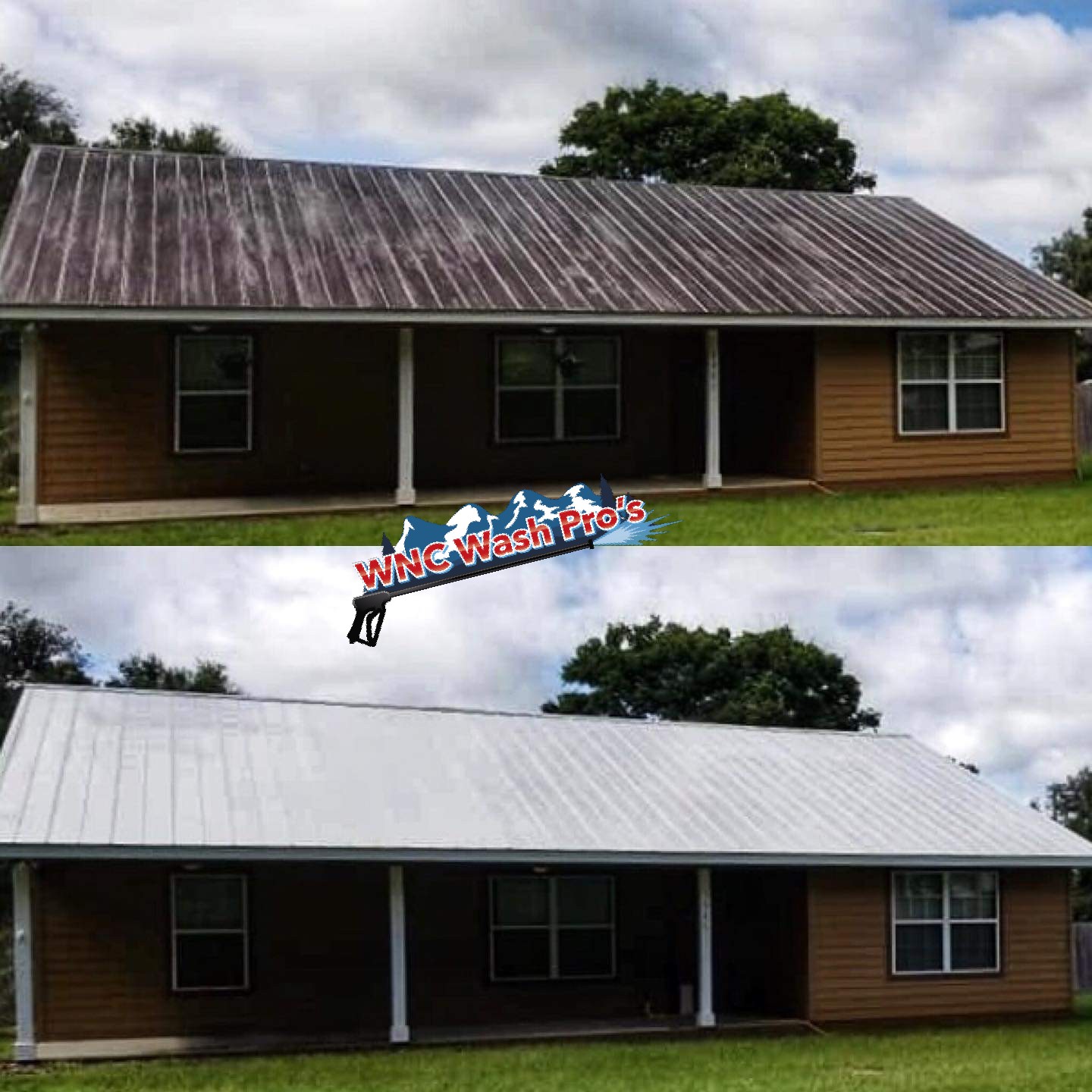 There is no denying routine house maintenance is the surefire way to keep it clean and free of mold, mildew, dirt, mud, algae, moss, and a whole bunch of other gunk that can impact the overall health of the house and the people living inside it. What you may not realize is that this equally applies to roofs as well.

As the part of the house that gets the most exposure to sunlight, rain, and other weather conditions, it’s in some ways more vulnerable to buildups of algae, fungi, moss, mildew, and even lichens. As such, roofs require just as much care and maintenance as the rest of the house, which is easily achieved through a process known as softwashing, which is low-level pressure washing. Let’s break that down in details.

The Basics Of Pressure Washing And Softwashing And Roof Care

Pressure washing is the use of highly pressurized water to clean hard exterior surfaces, such as building exterior walls, pavements, driveways, decks, parking lots, among many others. Pressure washers work by removing dirt, mud, algae, moss, mold, and mildew from surfaces, effectively preventing them from causing surface damage and functioning as breeding grounds for pathogenic bacteria that can cause diseases. For harder-to-remove materials like grease, oil stains, and tough dirt buildup, power washing is used, which is a different type of pressure washer that heats up water to more effectively break apart tough materials and kill bacteria.

Given the nature of pressure washing. It’s a valid question to ask whether or not it’s safe to use in roof care and maintenance. One of the main concerns that comes up with pressure washing roofs is the possibility of shingles being damaged, coming loose, or leaving the roof vulnerable to rain and other elements by making slight damage to the roof’s surface. The good news for worried homeowners is that there is a method of pressure washing that works effectively on roofs without causing damage to the roof itself and that is softwashing.

With softwashing, only a soft amount of pressure is applied to do the job of removing dirt and grime from the roof without causing any unnecessary damage to the roof. Softwashing also entails using a specialized cleaning solution for removing the harder-to-remove gunk from the roof. This specialized cleaning solution to does not use harmful chemicals that can be health hazard to both the technician and the inhabitants of the house. It’s also safe for the environment as the mixture with water dilutes it and prevents harm to plants.

The Benefits of Softwashing Roofs

Now that we know the basics of pressure washing and softwashing, we now need to share the long-term benefits of routine softwashing for roofs.

While it’s easy to dismiss the ugly presence of algae, fungi, moss, mold, mildew, or lichen as only aesthetic issues, these substances do so much more than that: they cause corrosion by eating away at the roof’s shingles, which leaves the interior structures vulnerable to water damage and other unwanted intruders.

If an asphalt-shingle roof has a life expectancy of 25-years, the presence of algae and fungi can reduce that roof’s life expectancy by 10 years if left untreated. This is because the presence of algae and fungi in particular help moss take root on wooden frameworks, which can cause further damage to those structures. On top of that, algae growing in the damp and shaded spaces of asphalt shingles can the roof to rot and deteriorate and don’t go away on their own.

Not only will softwashing the roof help eliminate algae, fungi and other substances that can corrode a roof’s surface, but softwashing can help preserve asphalt shingles to their expected life spans and ultimately keep the roof of your house intact.

When putting a house on the market for sale, you’ll absolutely want your house to look appealing to potential buyers. As you guessed, there’s nothing more off-putting to a potential homebuyer than looking at a house that looks poorly maintained, and that first impression is first established by the external appearance of the house, including the roof.

If a roof is full of unwanted algae and fungi growths or looks dirty in any capacity, a potential homebuyer is going to wonder about the state of the rest of the house. Not only will a potential homebuyer not want the additional expense of making necessary repairs to the house, but they’re not even going to consider your house if they feel like they’ll have to do all the hard maintenance work themselves.

You’ll have a better chance of improving your home’s appeal by not only pressure washing your house so that it looks brand new, but by softwashing your roof as well. The newer your house looks, the better impression a potential homebuyer will have of the home as one that’s well maintained and kept in a pristine state.

The last major benefit of softwashing your roof is that helps you save money and reduce energy costs. Since the black pigmentation of mold and certain species of algae and fungi cases them to absorb heat, this can increase a home’s temperatures and increase the use of air conditioning. This in turn can result in a very high energy bill.

In addition to their heat-absorbing capabilities, there’s still the damage that algae, fungi, and mold do to the roof’s structure, which can lead to costly roof repairs. By routinely softwashing your house’s roof, you not only help preserve the lifespan of your roof, but you help spare yourself future expensive roof repairs. Compared to having to buy new asphalt shingles or – worse yet – having to replace the interior parts of your roof due to algae damage, routine softwashing is fairly inexpensive. In many cases, softwashing your roof will only cost a couple of hundred dollars, which is better than paying thousands of dollars in roof repairs.

On the whole, there are more benefits to softwashing your roof than there are downsides compared to the alternative. Not only does softwashing your roof help keep it clean and looking brand new, but it helps to preserve the overall structure of the roof, as well as save you money and energy. In many cases, softwashing is also safe for the environment as it only uses soft pressure and doesn’t use up a lot of water. Any cleaning solutions that it uses will be diluted by the water and will not cause harm to plants and animals.

WNC Washer Pros specialize in both power washing and pressure washing. To learn more about how we can best serve your needs, check out our services page or contact us directly!